February 17, 2015
When I needed a dessert to take over to our friends Jim and Colleen, I decided to try the recipe for Pumpkin Swirl Cheesecake Chocolate Brownies from Baked Occasions. In the cookbook, this recipe is associated with Columbus Day -- not because the brownies have anything to do with Christopher Columbus, but because Matt and Renato associate pumpkin with the month of October.

The brownie portion of this recipe is quite similar to other brownie recipes from Baked (e.g., Baked Brownie, Spicy Brownie, Sweet and Salty Brownie). You melt butter and dark chocolate in a double boiler; add sugar and brown sugar; whisk in eggs and vanilla; and fold in the dry ingredients (flour, cocoa powder, and salt). You pour two-thirds of the brownie mixture into a parchment-lined pan, and then spread over the pumpkin cheesecake mixture (cream cheese, sugar, pumpkin puree, egg yolk, flour, cinnamon, nutmeg, allspice, and ginger). You drop the remaining brownie batter on top and swirl the two mixtures together. 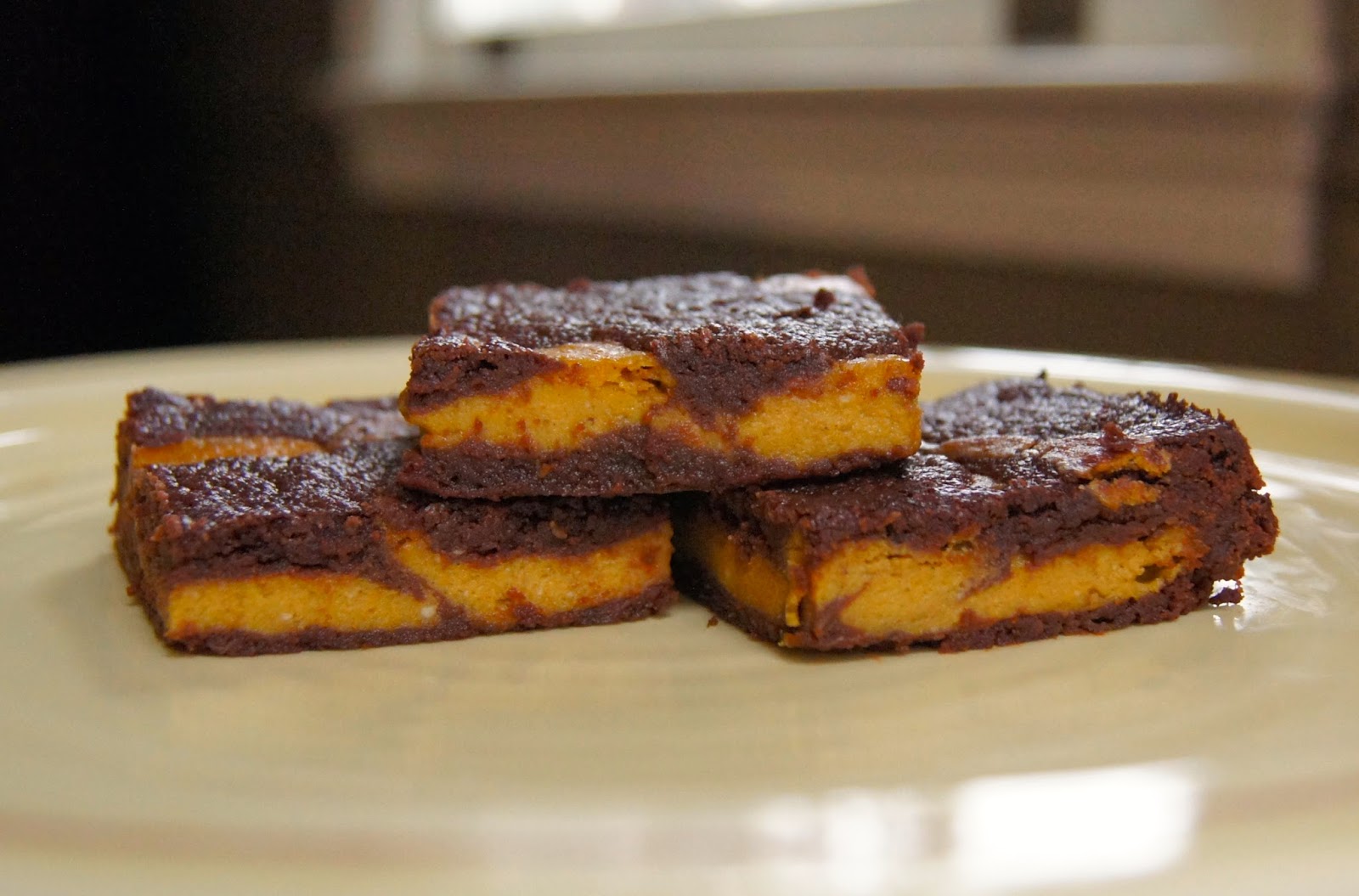 These brownies were very fudgy and moist. As the recipe noted, they even tasted good chilled, straight out of the refrigerator. Both of the bar components were excellent; the brownie was rich and chocolatey, and the pumpkin layer was creamy and beautifully spiced. But here's the thing: these bars tasted exactly like a brownie appended onto a pumpkin cheesecake, and I didn't like the flavor combination. I have never liked the taste of cinnamon combined with chocolate, and I'm not sure if that's what was throwing me off -- or if it was the basic combination of pumpkin and chocolate that didn't appeal to me.

Fortunately, Jim and Colleen liked these bars, so I consider them a success. I think that the bars came out exactly as they were supposed to -- but the flavor profile just wasn't my thing.

Anonymous said…
Did your chocolate batter have a weird texture? The batter from the classic brownies is thick and glossy, but this batter was gloppy and separated, so the top surface looked mottled once they baked. I even made them a second time, but the results were the same. They still tasted good and all, but I was expecting something similar to the classic ones...
October 9, 2016 at 1:05 AM

Littlebakerbunny said…
Hi Dafna! I made these so long ago that I don't have a clear memory of making these brownies, but I seem to recall thinking that the brownie recipe was basically the same that you see in other Baked recipes.
October 9, 2016 at 10:23 PM