May 30, 2014
Recently I needed a quick and easy recipe, and I decided to make Dorie Greenspan's Caramel Crunch Bars. The bars have a chocolate chip-espresso shortbread base, covered with a layer of chocolate, topped with a generous sprinkling of toffee bits.

You make the shortbread base in the mixer, by creaming together softened butter with sugar ad brown sugar, and then adding vanilla, flour, espresso power, salt, cinnamon, and chocolate (I used miniature chocolate chips instead of finely chopping a bar). You scrape the dough into a lined pan, spread it into a thin layer, bake until the crust is bubbly, and turn off the oven.

Then you sprinkle chocolate (I used miniature chocolate chips again) on top of the hot base, and put the pan back in the still-warm oven for a few minutes to soften the chocolate. You spread the chocolate into an even layer and sprinkle toffee bits on top. 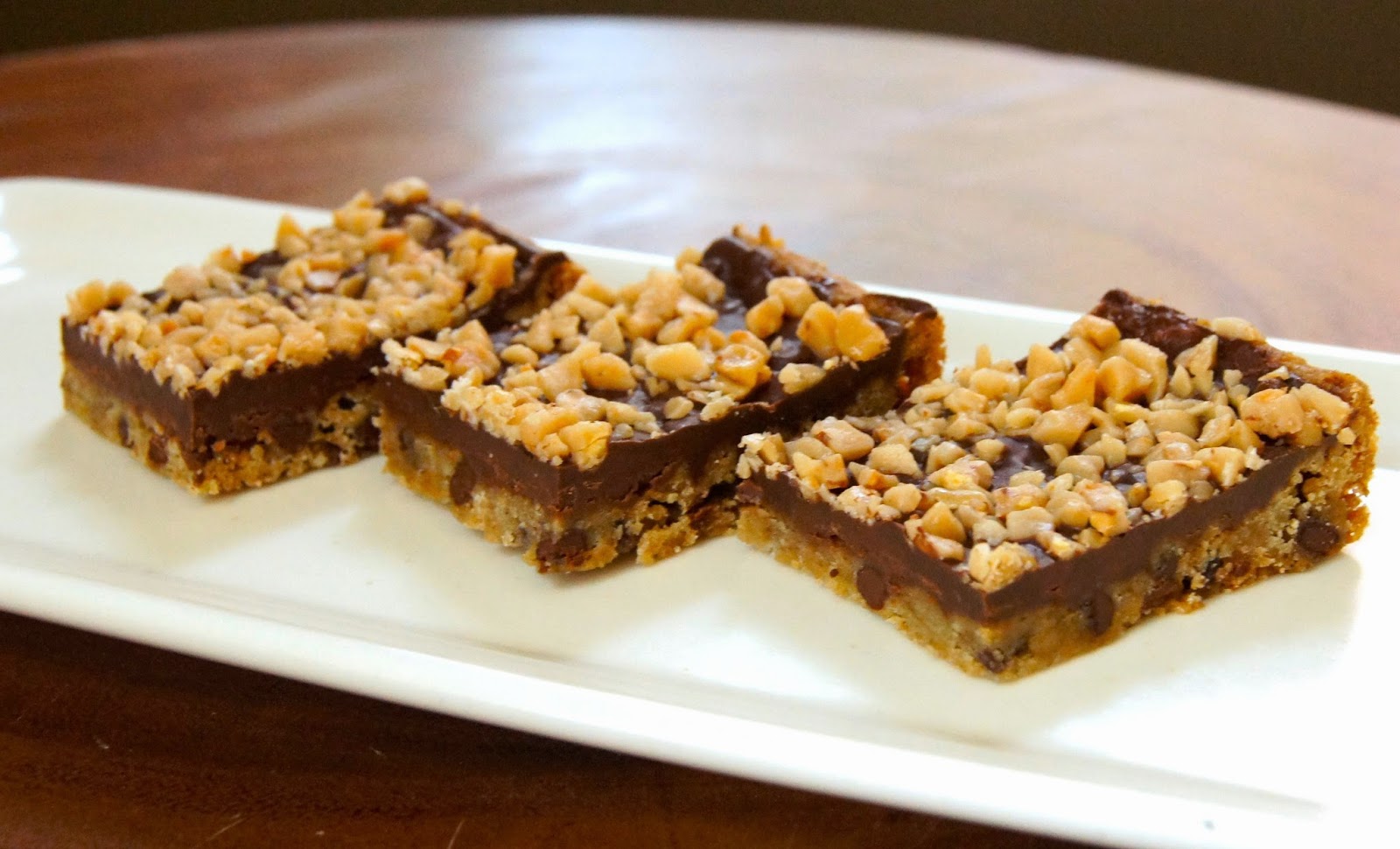 These bars are very short -- both in the physical sense (they are not very tall) and in the baking sense (they are rich and crumbly due to the high ratio of butter to flour). Because of all of the chocolate and toffee, I was expecting that these would taste more like candy bar than a baked dessert, but the shortbread base turned out to be the dominant flavor. And boy, was it delicious.

The crust had a strong coffee flavor with a touch of cinnamon and a fabulous caramelized texture. The flavor reminded me a bit of Flo Braker's Butterscotch-Glazed Coffee Shortbread Bars. The chocolate and toffee just gild the lily, but in the best possible way. These bars were as delicious as they were easy. Dorie says that they make great ice cream sandwiches. The idea of a caramel crunch ice cream sandwich seems so incredibly decadent that I can't wait to try one some day!

Recipe: "Caramel Crunch Bars" from Baking: From My Home to Yours, by Dorie Greenspan.