February 16, 2014
I wasn't going to make this week's Baked Sunday Mornings recipe -- Lime Angel Food Cake with Lime Glaze -- because I already made the cake a couple of years ago when I came across the recipe on epicurious (you can read my previous post about the angel food cake here). Instead, I decided to make a recipe from the Baked: New Frontiers in Baking, since there are quite a few from that cookbook that I haven't gotten to yet. But as it turns out, I was interested in a recipe that calls for 11 egg yolks (I'll post about it later) -- and all of the excess egg whites seemed to be a sign that I should make another angel food cake. 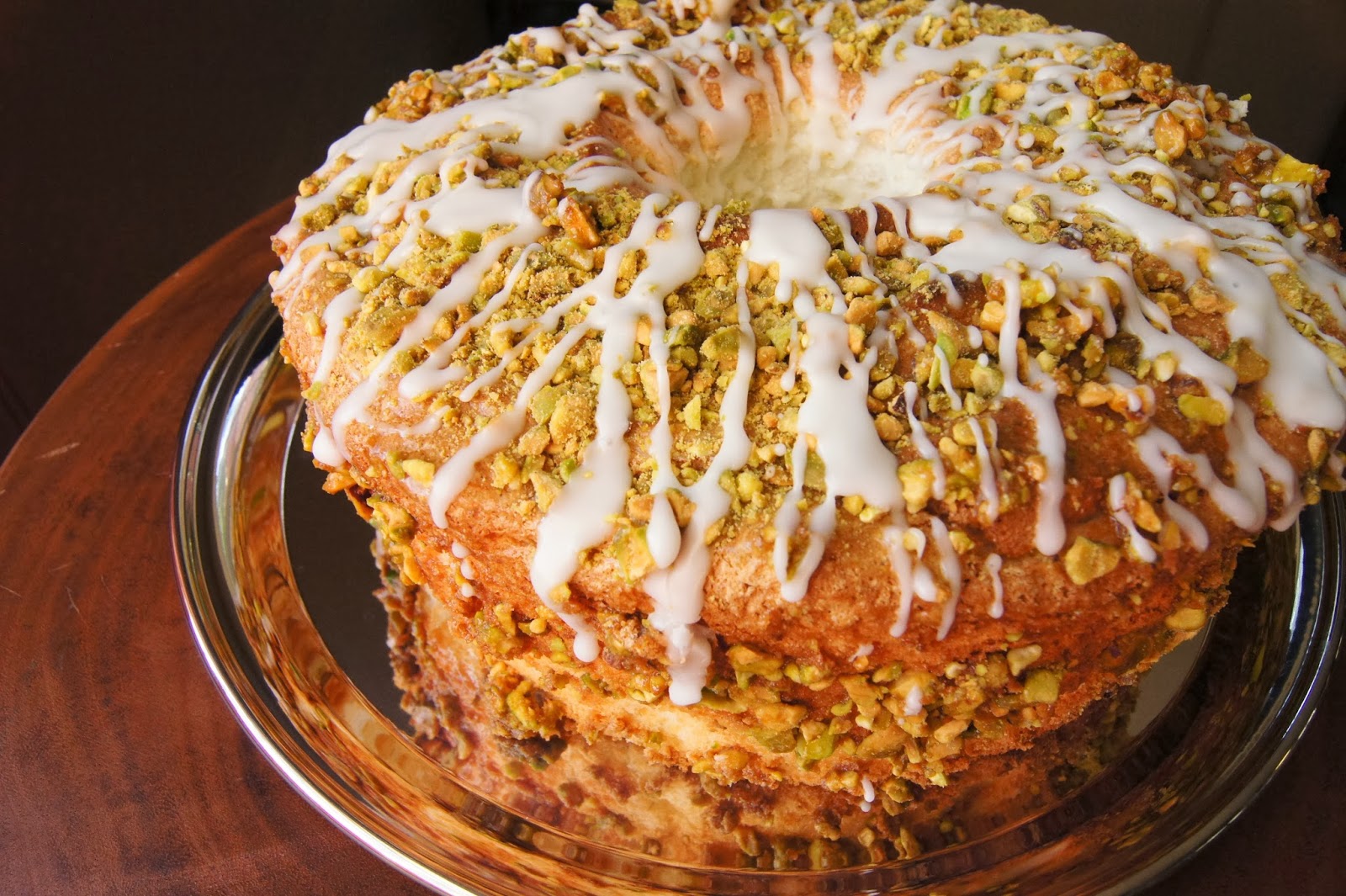 And why wouldn't I make another one? After all, I loved this cake the first time I made it, and I loved it again the second time around. I feel so bad for people who have had only supermarket angel food cake, because the homemade version bears little resemblance to the sticky, cloyingly sweet mass-produced kind. And this is a great homemade version -- wonderfully light, not too sweet, and vibrantly flavored. 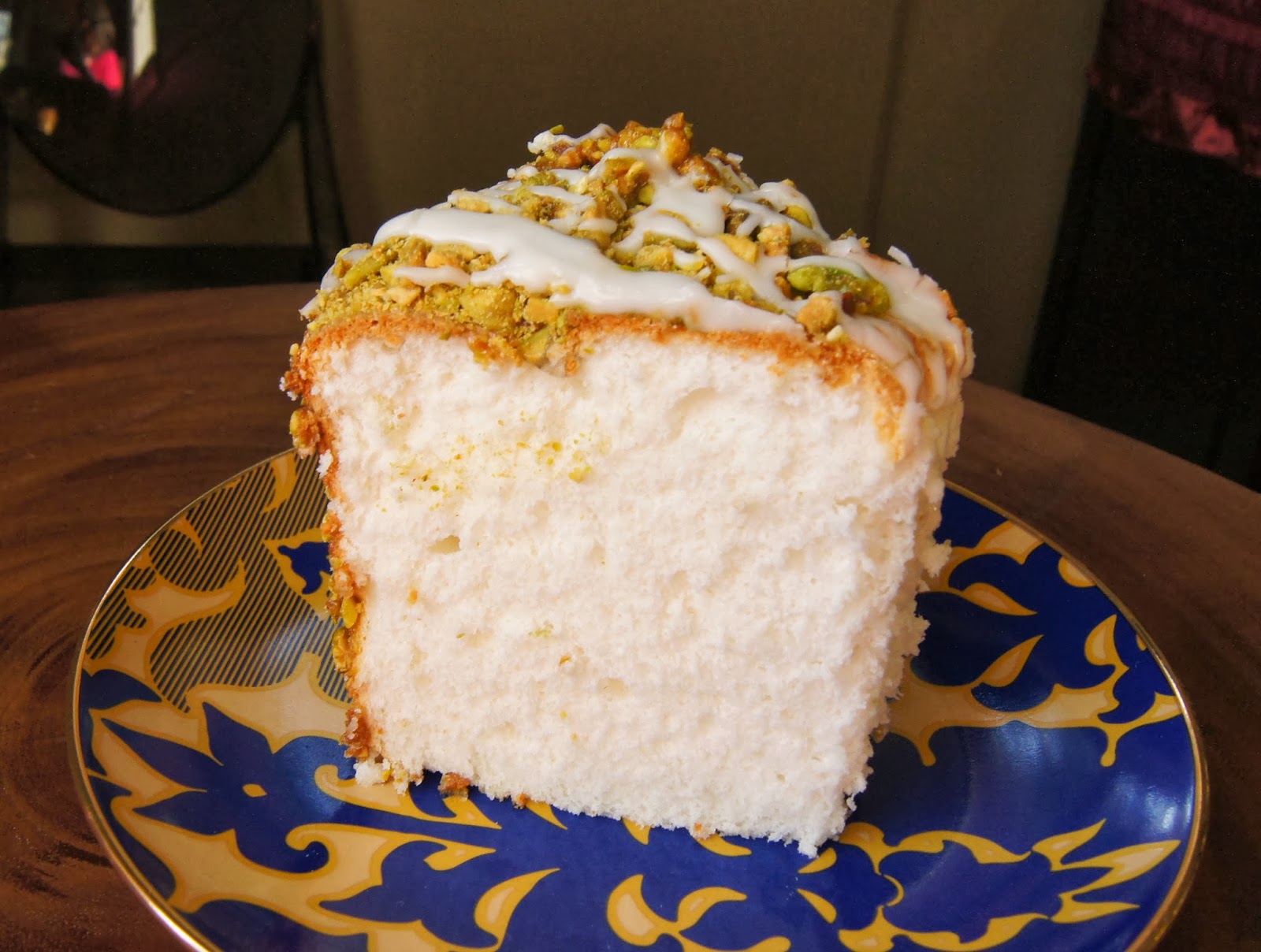 It is a challenge to get the pistachios to stick to the sides, but the nuts add a lot to the cake in terms of both flavor and texture; the pairing of lime and pistachio is unusual and delicious. This cake is definitely worth making more than once.

Unknown said…
Great Angel Food Cake!!!
I enjoyed it too, I love the lime flavor, and the pistachios give a nice crunchy taste and a lovely green touch!!
For sure it's a keeper!!
February 16, 2014 at 2:08 PM

SandraM said…
Looks great! It really is a good cake! I will make this again and again. The pistachios were a bit of a challenge to stick. And the picture in the cookbook looks like it has way more than a half cup of chopped pistachios on it!!
February 16, 2014 at 7:32 PM